Our School » About Us

Dr. Fike began his career by serving on the faculty of Charles L. Coon High School in Wilson, 1926-1928. After receiving his medical degree from Medical College of the State of South Carolina in 1932, he returned to Wilson to open his medical practice. Dr. Fike maintained his interest in public education, serving on the Wilson County Board of Education from 1938 until 1958, the last five years as its chairman.

When a new high school was planned for Wilson in the late 1950s, the Wilson County Board of Education honored Dr. Fike by naming the school after him.

"He made friends by being one,

And on his friendship men relied;

In every deed that need be done

He made the Golden Rule his guide." 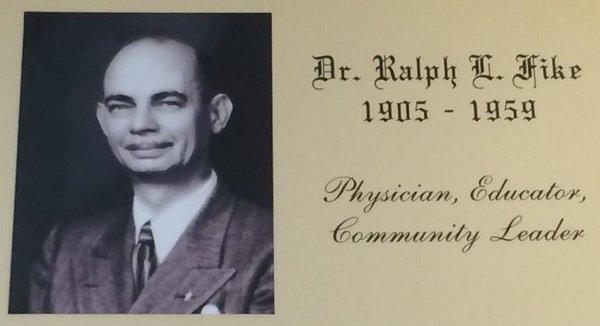